The African Development Bank Group has joined the World Trad...

In a joint press release (bit.ly/38lkzjl) issued 1 July 2020, the institutions said they would prioritize their support to areas in the world where such support is needed most, particularly the poorest countries.

According to the a report ,Since the beginning of the COVID-19 outbreak, multilateral development banks have stepped up their trade finance programs to support essential imports and key exports, as international correspondent banks have cut lending in many countries.

In addition to the ongoing shocks to supply and demand, international trade has been affected by a reduction in the supply of trade finance. Risk perceptions about non-payment in international trade are at the highest levels in a decade and banks are increasingly reluctant to take on payment risks in many countries where economic conditions are deteriorating.

Facilitating trade in medical supplies has been a significant part of these support packages.

With the approval of its $10 billion Covid-19 Rapid Response Facility (CRF) in April 2020, the African Development Bank is providing up to $1 billion in trade finance liquidity and risk mitigation support to local banks in all 54 eligible African member countries.

More support will almost certainly be necessary in the weeks and months ahead, as the steep decline in the real economy starts to impact the financial system through loan defaults and corporate bankruptcies. Many developing countries were experiencing significant trade finance shortages even before the COVID-19 crisis; now they face even tighter access to trade credit.

A further decline in trade finance supply would, in the short term, make it harder for imports of food and medical equipment to reach economies where they are urgently needed. In the medium-term, it would impede the ability of trade to help drive economic recovery.

The joint statement said, “We share the concerns being expressed in markets, and will work within our respective remits to make trade finance available through this difficult period, just as we did during the global financial crisis of 2008-10.

This was made by The African Development Bank Group in a press release. 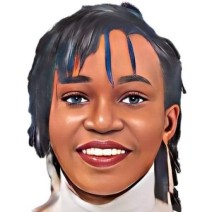