4 Million Naira worth of BTC Up for Grabs on Paxful

4 Million Naira worth of BTC Up for Grabs on Paxful

Fiat currencies all over the globe have in recent times experienced some form of setback majorly due to the onslaught of the novel coronavirus. The Nigerian Naira hasn’t been left out of this situation as The Central Bank of Nigeria yet again recently devalued the naira. Many schools of thought believe this devaluation of the Naira is in response to pressure from external lenders as well as US dollar scarcity. Also, the drastic drop in oil prices, have resulted in a huge deficit in the country’s budget.

According to Reuters, early last month, the central bank requested bids at 380 naira to $1. Which is, about 5% lower than its previous rate of 360 naira to $1. Prior to this rate, the dollar to naira exchange rate was 307 to $1, a rate the country maintained for over 3 years.

Despite the Nigerian central bank requesting bids at 380, current black market rates are as high as 450. Many financial analysts expect this rate to depreciate even more in the near future. According to top financial institution Goldman Sachs, the naira is expected to trade at nothing less than 500 to $1 in approximately 12 months time.

While devaluing the naira would provide fiscal revenues with a much-needed boost, it would in no way alleviate current pressures on FX trades. Due to the recent move of the naira, Nigeria might be moving towards one of the worst-ever recession in its history as a nation.

This news is currently a major cause of concern to investors in Nigeria. With an increasing loss in naira value, they are looking for a safe and effective way to store their funds. Many have turned to Bitcoin alongside several other potentially successful cryptos to help preserve the value of their funds.

According to reports, Nigeria closely follows South Africa in terms of crypto usage and ownership in Africa. While South Africa ranks 3rd highest worldwide, Nigeria is ranked 5th at 11%.

Bitcoin as a store of value

Though the naira has been substantially devalued, is Bitcoin a reliable store of value? If yes, What makes it valuable?

Bitcoin was founded by Satoshi Nakamoto, a pseudonym for a person or a group. Launched in 2009, the crypto over time has attracted the attention of users worldwide. Especially following its amazing bull-run in 2017 when it attained an ATH of about $20,000.

Many analysts have further referred to the crypto as “digital gold” comparing its value to the precious metal.

To refer to bitcoin as a store of value it must possess several important features and be able to effectively carry out the main functions of conventional fiat currencies.

Other important features include durability, lots of use cases, etc.

4 million Naira up for grabs with Paxful

Starting today, Paxful users in Nigeria will enjoy the possibility of earning exciting giveaway prices. The P2P platform has set aside a whopping #4 million naira for the giveaway slated to span from August 21 – 31, 2020.

Winners will be selected every day based on three different categories namely;

Alongside the above categories, 200 new traders on Paxful will receive 5,000 NGN when they verify their IDs.

New users can create a Paxful account here. It is important to note that buying Bitcoin on Paxful now is a sure way to protect the value of your funds.

Founded in 2014 by Ray Youssef and Artur Schaback, Paxful is a P2P platform focused on facilitating Bitcoin trading. The platform makes it possible for people to be in charge of their funds. Safeguarding, transferring and earning money can at times be a herculean task. Paxful solves this issue with its global P2P platform. The platform is also well known for its ease of use. It currently boasts of over 4.8 million users and about 300 payment methods. Paxful also provides users with 24/7 customer support service.

Harmony (ONE) Grant to Bootstr.. 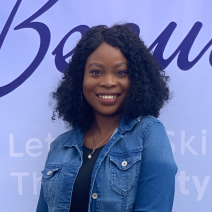 An ardent lover of the cryptocurrency and blockchain space. Educating others about this innovative tech is a lifelong goal.

The Potentials of Africa Crypto Space